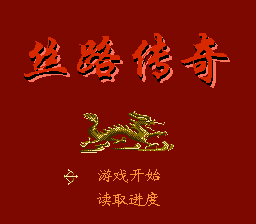 Here you can Play Si Lu Chuan Qi Online (NES version) for Free in your Browser with no download required from our HTML5, Java Script, Flash Emulator Online on any compatible device!

Play NES Online is a Website where you can play All the original ROMs and also the new hacked ROMs games released to Nintendo (Famicom) Online.

You are playing Si Lu Chuan Qi Online, if you like it, please leave your Vote.

Sorry. No data so far.